Before you go, check this out!

We have lots more on the site to show you. You've only seen one page. Check out this post which is one of the most popular of all time.

If you like grilled cheese sandwiches, you might come to the point one day that you’re done with regular cheese sandwiches. If you have heard or even tried some cream cheese grilled sandwiches before, I bet you’re gonna LOVE this one!

Because when you got things between bread in your head…

I secretly love sour cream and onion chips (Pringles, really!) so when I was crunching my brain to come up with a new recipe, I couldn’t ignore the brilliant idea that the Universe had put into my head.

And I mean, it makes sense right? Cream CHEESE. That should totally go on a toastie!

So when I was figuring out how to make the perfect sour cream & onion to put on a piece of bread, I discovered that sour cream is actually called french onion. That led me to onion soup and made me think about port wine and fireplaces. So, actually it didn’t really get me to a useful recipe for a toasted sandwich, but I do love all those things!

Back to the point… Most recipes for sour cream & onion are for homemade chips or dips for chips (and cucumbers for the healthy peeps out there). I didn’t want that. I wanted a toasted sandwich with Sour Cream.

I knew from earlier experiences that cream cheese works perfectly on toasted bread. Generally, it stays nice and firm even in the toastie maker and it comes out as a delicious creamy, flavorful spread.

So I figured… What if I just put all the ingredients for the Sour Cream & Onion dip into the cream cheese and just make it myself?

That’s what I did. And the result? It actually tasted like sour cream and onion!

You can’t go wrong with cream cheese, but I opted for an organic one. I also (accidentally actually) threw out the liquid that had formed on top, so it turned out to be a little dry when I started to mix the onions into it. Luckily I could solve that with a dash of olive oil! (which I would recommend anyways!)

I bet you could use sour cream for this recipe, too, or light cream cheese if you felt like it. I was also thinking about using an “oat sour cream” to make it vegan, but then I didn’t and I just went all-in with lactose 🙂

The onion part of this recipe is the most important part. No Sour Cream & Onion without onion. That just leaves you with sour cream…

So, onion. You can go totally bananas with this recipe and use every type of onion or leek that you can think of. I would personally recommend using at least two types of onion and garlic. Don’t forget the garlic.

You could use fresh garlic and onion, or powdered. Depending on your supply closet and your hunger level.

You can also vary between caramelizing the onions before adding them to the cream cheese. This is particularly nice for yellow onion, leek and garlic. You don’t have to add sugar to the onions if you are going to caramelize them. Just let them cook until they turn brownish.

I was too impatient for that.

And like I said, you could use all of the above in powder form or freshly cut. The key is, like I said, just to use TONS of it 🙂 Maybe don’t eat this if you have a date afterwards, hihi.

A lot of the Sour Cream and Onion recipes use mayonnaise. I don’t know if you remember, but Jack HATES mayonnaise. He just won’t eat it. EVER!!!!!!!!

If you do love mayonnaise, you could add a spoonful into the cream cheese mixture or spread it on the bread when you assemble the toastie.

I personally don’t think it is necessary, but hey, it’ll totally make it much, much creamier!

Question mark. Yes. I (Eveline) don’t think this recipe actually needs ketchup, but Jack did. So he put ketchup on it, and while the ketchup was on the table… Well, I tried it, too. And, eh yeah, it was nice.

(IT WAS SUPER DELICIOUS WITH KETCHUP BUT I AM AFRAID TO ADMIT IT BECAUSE I WAS MAKING A WHOLE BIG DRAMA ABOUT THAT IT WASN’T NECESSARY TO PUT KETCHUP ON IT).

There. I said it.

Ok, I know I said cream cheese is the cheese component of this toastie… But something didn’t feel right. I think subconsciously I knew there had to be more cheese in this toastie. So I decided to add Parmesan Cheese 🙂

I used flakes because I love the chunkiness of them. And the grated parmesan was sold out and the whole pieces were too expensive. But I do love the flakes, they make it rustic.

So, whatever fits your budget, parmesan is pretty key to making this toasted sandwich creammmmmmy. Ohhhh the creaminess!

I feel obliged to introduce the butter as an option, but actually we end up always using butter on the outside of the toastie. It just makes the bread a little less dry and even more crispy! So before the sandwich goes onto the grill, put some butter on the bread, or on the grill itself.

With sour cream toasties you always have to be careful that you don’t overdo the grilling time. While you want to make sure that the bread is crispy, you do want to avoid the cream cheese getting so hot and liquid that it starts running out.

One way to make sure that your bread gets crispy and your cream cheese soft-but-not-liquidy, is to get fresh bread. Freshly baked bread is usually thinner and doesn’t take as long to grill.

At least you want to make sure that your bread is not frozen.

Sourdough bread and gluten free bread might also be tricky, because they tend to be thicker. The thicker the bread, the longer it will need to sit to grill and it might even leave the cream cheese too cold inside!

This is really an advanced toastie maker recipe!

To make this toastie look extra delicious, I recommend garnishing it with some freshly cut parsley, parmesan flakes and pickles. The pickles were Jack’s idea, and they worked fabulously. It must have been the Sour Cream with Sour Pickles. Just delish.

We also added chips to it. Which was also completely unnecessary. I mean. Necessary. It had to happen.

This toasted sandwich is vegetarian. While it legitimately has two types of cheese, there is no meat in this recipe.

If you wanted to, though, you could add ham to this toastie. Fresh, thinly sliced ham just sounds perfect for this creamy beauty. It’s like those rolls that you make with ham and cream cheese inside, but then the other way around.

Like I said earlier, I am super curious to try out this recipe with oat sour cream (or soy?) or even coconut yogurt! I don’t have a clue if any of those would work. I tried vegan sour cream once for the salmon toastie, but it got so liquid that it disappeared before the toastie was totally grilled. Such a waste!

You could supplement the parmesan cheese for vegan (grated) cheese.

Our precious grill has been hiding for a few lonely months, but we are just too happy to be using her again! You can find more information about our beautiful friend on our Recommended Gear Page.

For this recipe, we used the grill only. While a toastie maker would also be perfectly fine to use for this toastie, we decided to stick to the grill so that we could double up on the cream cheese spread.

The toastie maker would have possibly pressed too much of the Sour Cream & Onion spread out of the toastie. And that would be a terrile, terrible waste.

Another reason for using the grill this time is because of the bread that we used. The toastie press works best with casino bread (you know, the tiny square white slices). We used fresh bread however, and fresh bread doesn’t let itself be put in a mould easily. Grill it was!

Let Us Know What You Think!

Here at the ToastieLab, we love experimenting. That is, Jack and Eveline love to take up every excuse we can to make a toasted sandwich. Do you have any ideas, questions, recommendations, or do you want to share your ToastieLove? Reach out to us!

If you like grilled cheese sandwiches, you might come to the point one day that you’re done with regular cheese sandwiches. If you have heard or even tried some cream cheese grilled sandwiches before, I bet you’re gonna LOVE this one!

Toastie Lab is the collective effort of Jack and Eveline. We love making, experimenting with, and eating toasted sandwiches.

The Reuben Sandwich reinvented: with a flavorful lentil paste, sauerkraut and vegan cheese.

Hi! We are Jack & Eveline. We love toasties, toasted sandwiches, paninis, jaffles, waffles, etc. We also love to experiment. Hence, the Toastie Lab. Join us as we discover what is, and is not, possible in the world of toasties. Because when you got things between bread in your head, you have to toast them.

Toastie Lab is a participant in the Amazon Services LLC Associates Program, an affiliate advertising program designed to provide a means for sites to earn advertising fees by advertising and linking to Amazon.com. We are compensated for referring traffic and business to Amazon and other companies linked to on this site. 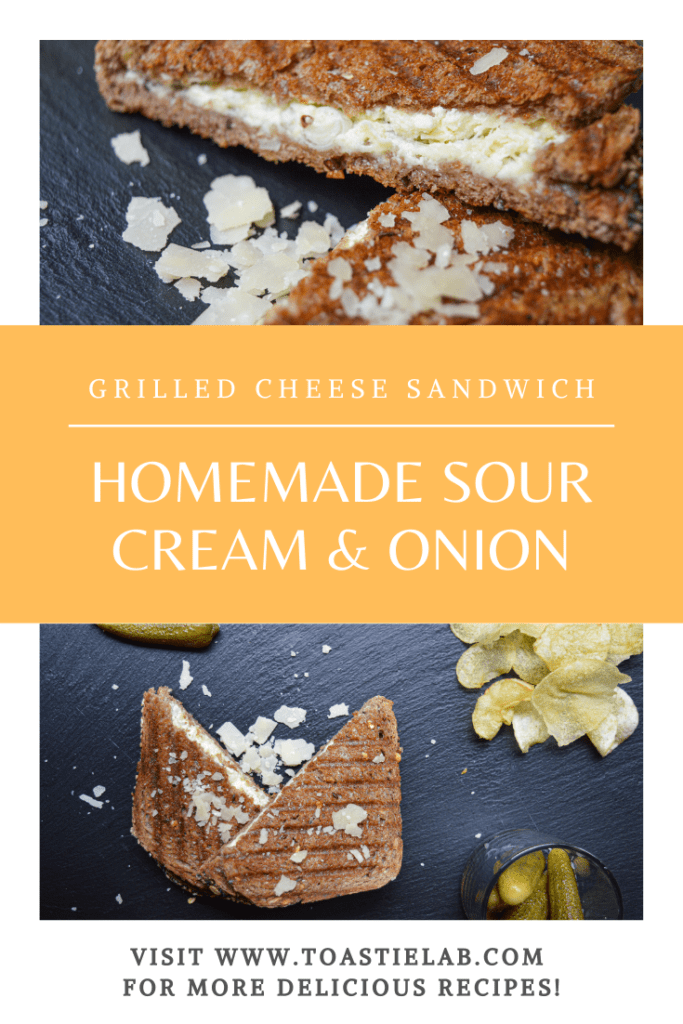